Break-ins on the rise in Washoe County 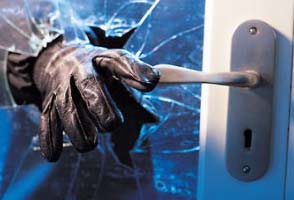 I was filling my car up with gas this morning over on Lakside and Ridgeview and I noticed that the mini-mart had been broken in too. Someone had smashed through one of the front windows and took off with an undetermined amount of goods. It seems as though force entry is becoming more and more common these days. For the retail store owner its not “if you get broken into…” it is more like “when you get broken into.” Despite cameras, security systems, and the various measures taken to deter crime, it still seems to flourish. What can business owners do to make it harder for criminals to steal by means of forced entry? 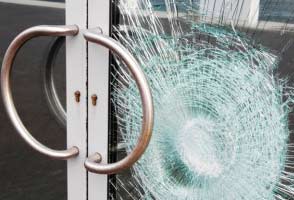 Besides and unlocked door, glass is the weakest and easiest point of entry into a locked building. Most forced entries are through glass doors and windows. This happens so quickly that the alarm systems do little good except to notify the store owner that they have been robbed. Sierra Window Tinting carries a full selection of security window films that can slow intruders down and allow enough time for the authorities to arrive if they are notified by the alarm system. When properly installed, extra thick Clear Shield Security Film by Hüper Optik and Magnum Security Film by Llumar can hold glass together making access into a building far more difficult. Intruders are surprised and oftentimes retreat when they see that the glass cannot be broken through. Security window film is an essential product for anti-intrusion in retail stores and commercial buildings.

Sierra Window Tinting is factory certified to install and frame attach films up too 21mil thick. Our trained installers have secured thousands of square feet of glass on the Washoe County Courthouse, Coach, Nevada State Bank, and many other locations in Northern Nevada and California. Call us for a free consultation and we can help you be fast on your way to properly securing your commercial location.