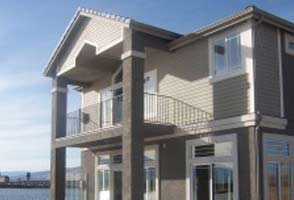 Beautiful Sparks Marina with its panoramic Sierra views has homes that take advantage of the location by incorporating plenty of windows into their architecture. Lots of windows and almost no trees translates to heat gain and sun damage problems. This homeowner knew the sun’s potential and took immediate action to protect their interior floors by having Sierra Window Tinting install Llumar window film that blocks 99.9% of the damaging UV rays. Sun damage is something that we cannot ignore up here at 4,500 feet above sea level. At this altitude the atmosphere is much thinner and the ultra violet radiation from our sun is much more intense than it is at sea level.

But rejecting 99.9% of the UV rays alone is not enough. Heat and visible light are also responsible for sun damage so you need to filter out as much of these components as possible. The problem is that we do not want to filter out too much of the visible light with a dark film because that would take away from the natural lighting benefits that windows provide. So it is key to use films that reject high amounts of heat while at the same time allowing high amounts of visible light to transmit into the home.

This calls for a very special type of window film called “spectrally select” window film. These films have high “light to solar heat gain ratios” (LSG) which basically means that they are able to filter large amounts of solar energy while at the same time allowing plenty of light to transmit. This is the key to reducing sun damage at high altitude without making your home’s interior dark. 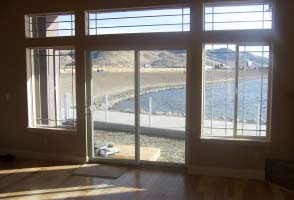 Spectrally Select films reject high amounts of heat and damaging UV rays while letting in plenty of sunlight so your rooms stay naturally illuminated. The advanced smart-coatings in our films are non-reflective preserving your views and the architectural design of your home.

Another benefit of high LSG films is that they incorporate advanced component stacking of metals and ceramics that yields a non-reflective film. Many homeowner’s associations and planned communities have CC&R’s that restrict the use of “reflective coatings” on your windows. In addition to this, reflective films take away from the architectural value of residential properties and can ruin your views. Our competition likes to sell old technology reflective films because they are usually cheaper to buy. Don’t let a low price fool you though, check the “visible light reflectance” (VLR) of the film that you are considering, it should be 15% or lower on both the interior and exterior sides of the film if you want a non-reflective look. If the VLR is higher than 15%, you will end up with some pretty reflective looking glass. If you are having some concerns, then it is time to call us and we’ll be happy to show you our select of high LSG spectrally select smart window films. All of these films come with a residential lifetime warranty that matches your existing window warranty with glass coverage up too $2,000.00 per pane replacement coverage standard at no additional cost to you.